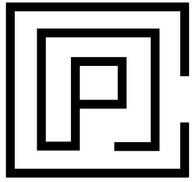 Interns and residents who refused to acquiesce to their own unacceptable labor conditions or to the abuse of patients they witnessed in under-funded, understaffed and overburdened public institutions spearheaded the formation of POC. They organized a community-based struggle outside the restrictive labor laws that had been used against the progressive demands of their earlier recognition fights on behalf of interns and residents.

These organizers learned the importance of bringing doctors together with nurses and other healthcare workers to fight for the common goal of insuring the highest professional standards in patient care.

Doctors returning in the early 1980’s from visits to developing nations, joined POC and brought their knowledge of the necessity for changes in the economic and political conditions in order to improve the provision of health care services and combat the spread of communicable diseases, high infant mortality rates and other preventable deaths. Physicians, working people and activists in these countries told the visiting doctors the best thing they could do to help was to go home and work to change conditions in the United States.

POC offered these returning doctors a way to fight for the care people need now, while organizing to contest the policies and practices of profit-driven insurance companies and abusive government agencies. Throughout the 1980’s, millions of workers lost medical coverage as the U.S. shifted from a manufacturing to a service economy - leaving people with largely non-union, part-time or temporary employment and no job benefits. At the same time, federal, state and county public health systems were defunded and policies of privatization, health care “rationing,” PPOs, and DRGs proliferated to the direct disadvantage of the profession and our patients. Public health took a beating and communicable diseases such as tuberculosis were on the rise.

By the end of 1985, after two years of meetings, mail-outs and phone contact with both private medical practitioners and physicians employed by agencies or institutions, POC had developed a base of over 250 members. POC members approved a strategy for further growth and development, which included an expanded benefit program, community outreach, an educational course series and a newsletter, New Diagnosis. POC’s programs and activities in California and participation in national and international medical conferences have since attracted new members from across the country and the world from Harlem, New York to rural Tennessee to Argentina.

Membership is open to physicians and other medical professionals who agree to participate in furthering POC’s objectives. Members are eligible for benefits as listed above. Members declare their own level of voluntary practice. Membership is also open to institutions, from group practices to integrated medical networks. Physicians often begin their volunteer work with POC by agreeing to help a colleague who is facing a government or insurance company denial of care for their patient.
When they discover that they are not alone in their predicament, and agree with the need for organization of other medical professionals to bring about change within the medical system, they become part of POC. Some serve as liaisons to POC for their hospital, specialty, medical society or geographic region.

POC develops and pursues policy issues that grow out of individual physician grievances. At membership request, these issues can be developed into entire sub-committees of their own. Some members agree to serve on the Physicians Advocacy and Information Task Force and provide advocacy and advice on cases in their field. Others help as general benefit case coordinators, membership staff, newsletter production or distribution staff, or coordinate literature tables, speaking engagements and house or office meetings. Others write for the newsletter, do photography, graphics, recruit sponsors or help with phone calls and general office administration.

If you are interested in reversing the corporatization and degradation of our health care system, we guarantee you some level of participation that will make a difference. Individual dues are voluntary and are $20 per month. Institutional dues are worked out on a
case-by-case basis, and vary depending on the circumstances of the institution.

Development and growth of the Physicians Advocacy and Information Task Force

Recently, POC members have initiated the development of a new membership benefit designed to support physicians working to reverse policies hindering ethical patient care. The new benefit is under the direction of POC’s Physicians Advocacy and Information Task Force (PAITF) and serves as a means of formulating collective actions while avoiding the errors and limitations faced by Independent Practice Associations (IPAs), physician unions or the development of their own integrated health care delivery systems. The PAITF is charged with two objectives: a) to categorize the benefit requests POC members submit according to the specialty of medicine involved in the request and to develop committees of POC member specialists willing to advocate and intervene with insurance companies or government bodies responsible for the policies in question; b) to catalog the successes and failures of various forms of collective action while developing new ones that steer clear of known pitfalls.